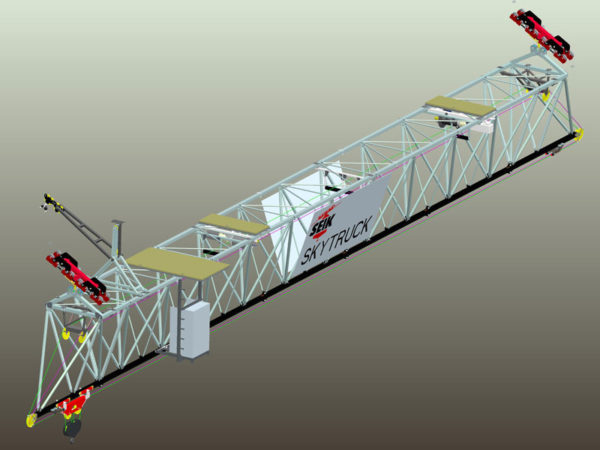 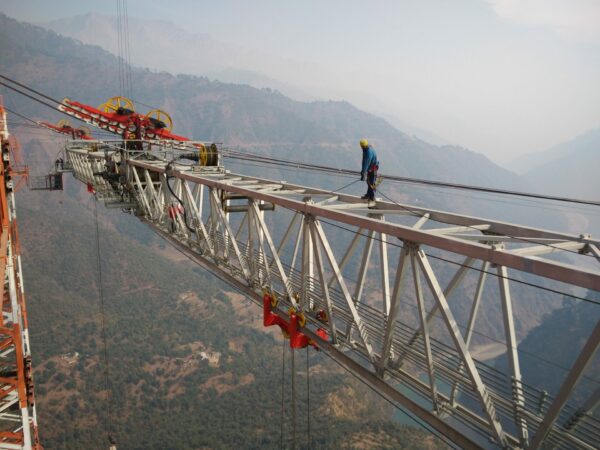 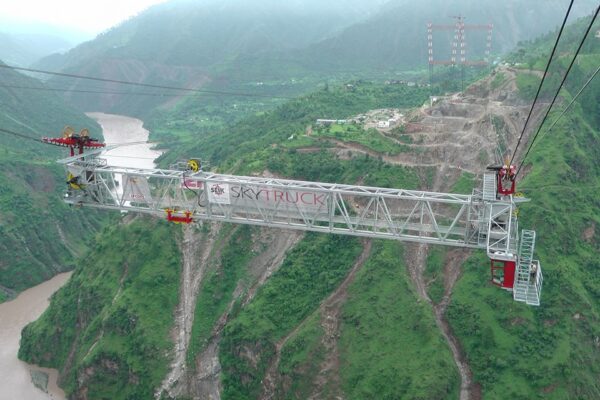 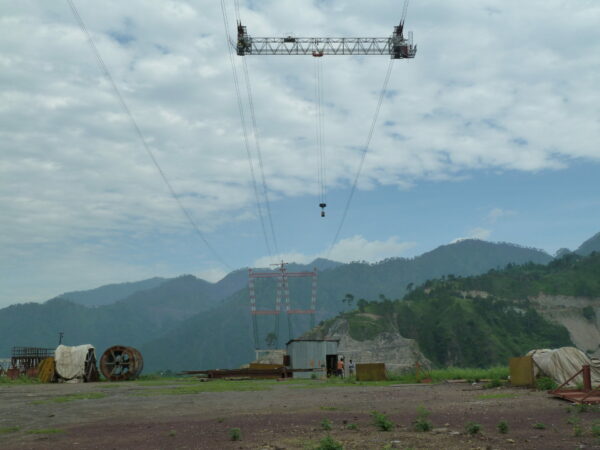 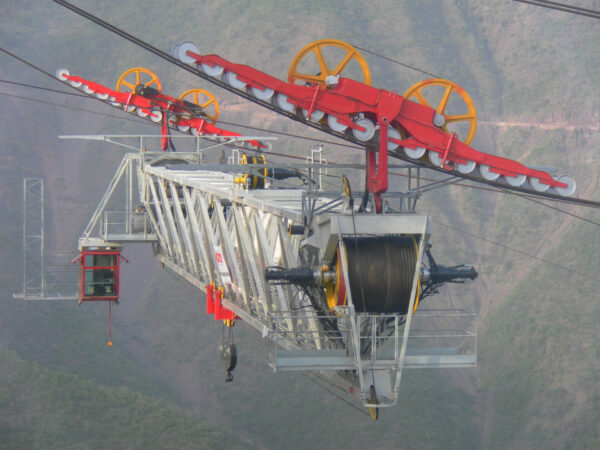 For heavy loads and long routes, the “Skytruck 200” is used. The difference to the “Skytruck 100” is that the energy comes from the diesel engine integrated in the crossbeam. The diesel engine is also responsible for propulsion along the route. Power is transmitted via four hydraulically driven pulleys on a so-called “still cable”, which is firmly anchored on both sides.
The “Skytruck 200” is controlled by a crane operator who sits in the cabin directly on the traverse track. The operator also has the option of handing over control to an operator at the unloading point, who operates by radio remote control. This allows the load to be positioned directly on site.